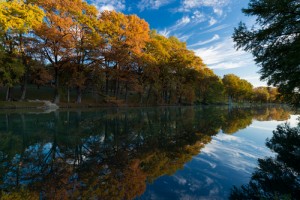 If you’re considering moving to Texas, images of cowboy hats or cravings of barbeque might come to mind. But in reality, the Lone Star State isn’t limited to a handful of iconic traditions.

The state of Texas offers residents a rich heritage along with a classic southwestern culture. Texas charm runs deep and with the endless amenities offered by this great state, its no wonder residents are proud to call it home.

Covering over 250,000 square miles, Texas provides a diverse landscape as well as climate. The newcomer can choose between rolling plains, rugged hills or beautiful pine forests in which to call home.

Its cities are numerous and provide strategic locations for the many industries that reside here. From agriculture, electronics, energy or science, Texas is a leader in economic growth and technological development.

Although moving to Texas may seem like a large undertaking, Red Ball desires that your move to Texas to be a positive one. We understand moving should not be stressful and want you to look forward to the exciting adventures that can accompany new surroundings.

As the second largest state in the Union, the State of Texas offers its residents seemingly unlimited attractions. From amusement parks to historical sites, residents are never without a place to go or something to do.

The Texas State Capitol is located in Downtown Austin. As a National Historic Landmark, the Texas Capital is a more than a building – it is a representation of the spirit that made this great state what it is today.

In its rotunda you will see portraits of the great men who have served as president of the Republic of Texas or as governor of the State of Texas. The capital building also features men such as David Crockett, Sam Houston and Stephen F. Austin – Men who helped pave the way for the very existence of the state of Texas.

Just south of Austin is the beautiful city of San Antonio. This city also holds historical significance in the birth of the state. Here you can visit the Alamo, which is considered the Shine of Texas Liberty. This building encapsulates the spirit of patriotism and valor that has made Texas the place that it has come to be.

Traveling back north you will find the Dallas-Fort Worth Metroplex. This area is home to multiple headquarters of publicly traded companies making it a region with ongoing business expansion and continued economic stability for newcomers who are considering moving to Texas.

The Dallas-Forth Worth area is also known to contain, “…more shopping centers per capita than any other city in the United States” and is also known as the home of the 2nd largest shopping mall in Texas.

This area also has a reputation for its classic cuisine. From barbeque, Mexican or a juicy steak, you can find the best of tastes in Dallas-Forth Worth. A night on the town is only limited to your imagination.

Texas’ largest city is located just off the coast of the Gulf of Mexico. Named after the man who helped to carve out the state of Texas, Houston is home to over 2 million people. Built on a multitude of industries such as, energy, manufacturing and aeronautics, Houston provides a strong economy for its residents and is vital to the state’s overall economics.

Houston, Texas is also home to NASA’s Johnson Space Center; a popular attraction for those interested in space exploration and its history. Other attractions include the Galleria, (which is known as Texas’ largest shopping mall) multiple fine dining establishments along with elegant boutiques and specialty shops.

Red Ball Is Here To Help

If your family is looking for opportunities, moving to Texas is a great start. Whether it’s low crime, great schools, or fine dining, Texas provides more than we can describe. It has been said that, “Everything is bigger in Texas” and that even includes things to do and see once you make your move.

A long distance move to Texas can mean a new beginning, but the last thing it should mean is high stress. Moving is an opportunity for fresh starts so don’t miss out on the excitement and happiness that can come with a moving to Texas.