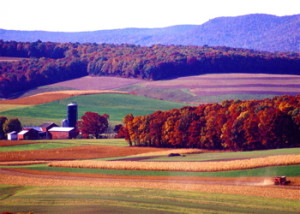 As a national moving company that’s been in business for more than 90 years, we are keenly aware of all the headaches and hassles that can accompany a move. As you plan your move to Pennsylvania we want you to know that our entire staff is dedicated to making your move as pleasant and straightforward as possible.

Our goal as interstate movers is to make sure you have plenty of information as you plan your move to Pennsylvania, which is why you will see a number of links to various cities on this page.

Your New Home in Pennsylvania

People come to Pennsylvania from all over the country, with many residents arriving from nearby locations. Pennsylvania is bordered by six states (New York, New Jersey, Delaware, Maryland, Ohio and West Virginia), so there is a vibrant mix of cultures.

Tucked in the heart of the Appalachians, Pennsylvania has a rich historical past. You’ll want to visit Independence National Historical Park in Philadelphia, home to the Liberty Bell and the Tomb of the Unknown Soldier. History fans also flock to Gettysburg National Military Park and the Gettysburg Museum of History, which has thousands of interesting artifacts.

One of the most famous candies in the world, the Hershey Chocolate bar, is showcased at Hershey’s Chocolate World, which sees more tourists than the White House. Save room in your stomach for a delicious piece of chocolate, whose name made the city famous around the world.

Pennsylvania represents a perfect blend of historical and contemporary

Fun for kids of all ages, Pennsylvania’s Philadelphia Zoo is the first zoo to be built in the United States. Over in Scranton, you’ll be mystified by the exhibits at the Houdini Museum, named after the famous magician.

Pennsylvania is also home to a sizeable population of Amish people, who often speak a dialect of German that is called, appropriately, “Pennsylvania Dutch.” They are also known for their great cooking, handcrafted furniture and country stores.

Red Ball is happy to help you with all aspects of your move to Pennsylvania. In addition to our highly competitive pricing, we provide services such as packing and unpacking all your items and helping you with any questions you may have about moving to your new home.