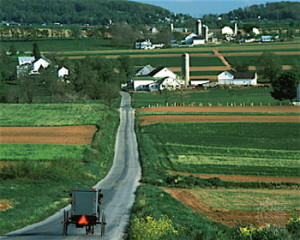 Are you planning on moving to Lancaster, Pennsylvania? Whether you’re moving from somewhere within the state or county lines, or moving cross country, you want the same thing – that is for your move to be as stress free as possible. That’s where Red Ball comes into play.

With nearly 100 years of experience under its belt, Red Ball can more than satisfy any moving needs, whether you’re looking for a long distance mover or just looking to relieve the stress of moving from elsewhere in the state.

Red Ball understands that moving is the least enjoyable aspect of any new adventure and that’s why the company prides itself in doing the job for you – and doing it right.

Lancaster, Pennsylvania is located in southern Pennsylvania and is perhaps best associated with its Amish community. But in reality, Lancaster is comprised of a variety of different neighborhoods, featuring different demographics and populations of residents from many different walks of life. Lancaster is a somewhat small city – it’s only about seven square miles and home to 56,000 residents, although the greater Lancaster metro area is home to some 500,000. But it’s within manageable driving distance to the Jersey Shore, Baltimore, Philadelphia and Washington D.C. for those looking for a visit to the big city.

The city is a place that’s rich in history, which you can see from the city’s attention to detail and historic preservation, both in its downtown area and elsewhere in within the city limits.

Lancaster, Pennsylvania offers a little something for all

Lancaster is considered an urban area, and it features a vibrant restaurant and shopping scene as well to compliment this aurora. For instance, Lancaster is home to the Park City Center mall, which is the largest indoor mall in southern Pennsylvania. Central Market is where visitors and residents go to pick up environmentally friendly products, as the city is known for being “green” and adopting eco-friendly technologies and lifestyles (in fact, tens of thousands of Lancaster homes have green roofs, making it a city with one of the highest rates of eco-friendly roof space). Additionally, Lancaster is home to two outlet shopping malls.

In terms of arts and entertainment, Lancaster has many attractions on the National Register of Historic Places, including the Rock Ford Plantation. Popular restaurants include the Iron Hill Brewery and Restaurant, The Pressroom Restaurant and John J Jeffries.

And of course, Lancaster is not without its fair share of industry and business opportunities, which includes the healthcare industry, manufacturing, public administration and tourism.

So whether you’re looking to move to Lancaster in state or are seeking a long distance moving company for a much more lengthy move, Red Ball has the expertise, experience and professionalism to get the job done correctly. Our moving company has been in business for nearly a century, puts a high focus on customer service and satisfaction and can set you up with a moving consultant to determine which moving option is the best for you and your situation.

Red Ball offers packing and unpacking services, offers competitive pricing and, most importantly, will ensure that your move is as hassle free as possible, so you can worry less about the daunting task of moving and more about adjusting to life in a new home and new city.